So we played inLonding at an Independent Film Festival there.
Here's a short review I just found online:

Yiddish is the language of the Ashkenazi Jews of Eastern Europe. It is primarily a mixture of German and Hebrew but also incorporates other languages spoken by non-Jews in the countries where Yiddish was spoken. The history of Yiddish is one of decline, accelerating after the Second World War.

My own family history is probably typical. For my great grandparents, it was their native tongue. For my grandparents, it was a language to be vaguely ashamed of speaking to their immigrant parents while they made their own lives in English. For my parents it was the language their elders spoke when they didn't want the children to know what was going on, but which they managed to pick up a few words of. For my generation, it's something we know as much of through Seinfeld as through any day-to-day family experience.

This documentary follows the last eight days in the life of a production of the Yiddish play Green Fields by the Yiddish Public Theater Company of New York City. At the heart of the film is Zypora Spaisman, an actress who is also the heart of the theatre company. As the title suggests, the film is indeed an ode to Yiddish theatre as well as a prayer for its continuance. Coming out of the film, however, is also an important arts policy question about what types of minority arts and culture should be funded by the state, and how.

In 'the old country', Yiddish was a language of culture. Before the war, Yiddish theatre flourished in Germany and America, and new Yiddish plays, literature and music were constantly being written. Writers like Isaac Bashevis Singer were the bestselling novelists of their day. Yiddish is still spoken today by ultra-Orthodox Jewish communities, such as those in Golders Green and Stamford Hill in north London and Williamsburg in Brooklyn, New York. But today's Yiddish speakers are more inward-looking and less likely to develop great cultural masterpieces for consumption by the wider Jewish community, still less the secular society that surrounds them.

One expert interviewed in the film explains that with the establishment of the state of Israel, Hebrew came to be seen as the Jewish language of power and success whilst Yiddish was increasingly seen as the language of victimhood and oppression. Today there is something of a Yiddish revival going on, with increasing numbers of American universities offering tuition in the language and a small number of high profile academics taking up the cause.

For Spaisman and the other older members of the cast and crew, the draw to Yiddish theatre is obvious. They want to keep their native language and the culture they grew up in alive. But when we meet the younger members of the cast, who speak in unaccented English, their motivations for being involved in Yiddish theatre are less straightforward and therefore more interesting.

For Israeli actress Roni Neuman, appearing in the play is both a way to connect to her roots and get out of waitressing and into acting. She admits that she doesn't speak a word of Yiddish and had to learn her part phonetically. In contrast, Joad Kohn, one of the young male leads was raised in an Orthodox Yiddish-speaking home. While he rebelled against his strict upbringing, falling in love with rock music and getting a number of tattoos (forbidden in Jewish tradition), his performance here is, in a sense, a return to his roots. However, he explains that he cannot ask his mother to see his performances as seeing him speaking Yiddish and dressing in traditional dress would be too painful for her as a reminder of what might have been.

Green Fields is a critical success but a popular failure. The film contrasts the glowing reviews of the play in the New York Times, and the fact it is named one of the ten best off-Broadway shows of 2000 with the lack of audiences. 'On a good night,' the director says, 'we get 100 to 150 people. But we need to have 200 to 250 to keep going.' Some of the failure is no doubt due to the play's location in a theatre on the Lower East Side, far from the lights of Broadway. The fact that the audience members seem to need to keep their coats on in the theatre can't help either. Neither can the clichéd set with typical peasant hut and straw on the floor. It looks like a sub-par Fiddler on the Roof.

And yet the glimpses we get of the play are enticing. For the large proportion of the audience whose Yiddish is not up to snuff, there are supertitles in Russian and English. And the emotion in the play needs no translation. While it may be awkward to have 80-something Spaisman playing the mother of an actress young enough to be her great-granddaughter, the quality of the acting seems high. And yet, the play cannot make ends meet.

From the outset, we are told that the producers only have enough money to keep the play going for a further eight days. In addition to meeting the cast and following the performances, we also see them try to raise money to keep the production going. At this they fail. But to the observer, it seems like they are going about it in the wrong way. They see their play as an investment and go after traditional investors in major theatre projects who also happen to be Jewish. It is clear however that the investors do not see a return on investment forthcoming. One gives $250 because he likes the play, where he might invest $1 million in a traditional Broadway production. And this reticence seems justified. As an investment vehicle, Green Fields is never going to be a money spinner, even if the director fulfils his ambition to move it to a theatre closer to Broadway.

Why the producers do not approach public funding bodies or philanthropic organisations, or at the least appeal to the philanthropic side of the investors they court is a mystery. Even more so when the coda to the film reveals that some months after the production's inevitable closure the state of New York awards the theatre company $200,000 to help them purchase a building and continue their work. Sadly, the support comes too late for Spaisman who is already in a coma from which she will not recover.

The film raises the question of public funding, but does not explore it further. In a sense, supporting a theatre that represents a dying culture with a thousand years of history behind it is a typical undertaking for public funding of the arts. We ask ourselves whether funding Yiddish theatre is any more or less worthy a pursuit than supporting plays in ancient Greek.

In parts, the film is a love poem to the city of New York as much as its ostensible subjects. Several voiceovers are accompanied by long panning shots of the city, while footage of Broadway, Times Square, Central Park, Chinatown and the Empire State Building jostle for space in the film, despite their tenuous relation to the actual subject. The shots of New York do bring home the disconnect between the world of Yiddish theatre and the secular world in which it struggles to survive.
- July 07, 2007 No comments: 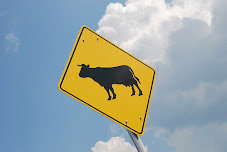