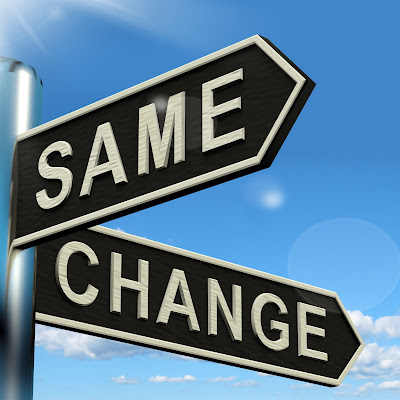 It's MLK day today. I took my son to the MLK parade in Crenshaw.  It was a try powerful event. It was my first time going to the MLK parade and it seemed that it wasn't just a parade to commemerate Martin Luther King as it was a FREEDOM parade inwhich many groups that have been fighting for social justice, equality and freedom were all marching together.
Times they are a changing sang Bob Dylan so many decades ago - and the words of his song are just as relevant today as they were back then. Times are a changing and each decade new groups are finally standing up and demanding their own freedom.
Just like the Jews stood up after World War 2 and realized that it's time they demand NEVER AGAIN - they will never be treated like sheep going to be slaughtered -
Just like low wage workers united - and created unions - so that they will not be oppressed by their employers.
Just like African American united and demanded never to be treated like second class citizens
Just like Women united and demanded equal rights to men

There are still so many groups that have not come our of the shadows demanding their equal rights and when they start demanding it - they get punished - cause not enough of their members bonded together to become powerful enough to force real change.

Jews once a year celebrate Passover - one of the most important celebrations for Jews. In that night - all Jews around the world state that each and every person must see himself as if he left Egypt.

Every Jew must remember that freedom that has been so hard fought for - can be so easily taken away from us.

Looking at all the different groups marching in the streets - I remember that old Jewish saying which never really resonated with me. Here, in Crenshaw, for the first time in my life - that sentence finally struck home.

It seems that as much as humanity has advanced forward - there are many who are trying to push it backwards.

ALL HUMANS deserve to be free. We are all God's children. And we must fight for everyone's freedom - cause the minute we as citizens of the world allow one group to be oppressed and their freedoms to be taken - we are opening the door that will eventually allow someone to take our own freedoms.

Freedom seems like something that can never be taken away once it was given - but that's an illusion. History shows us again and again and again - how easily freedoms can be taken entirely from anyone. My grandfather was a very proud German. He even fought as a German soldier in World war 1. Then, the regime changed and suddenly from a proud citizen of his country - he was a fugitive running for his life from the Nazi regime that wanted to kill him and take his property.
One second a person is a proud vet and an honorable doctor in a society - the second moment the person is hunted in an attempt not only to take his freedom but also his life.
One of the most modern and civilized nations in the world - turned so quickly into one of the most barbaric nations in human history.
It happened in Germany. It can happen anywhere.
That is why it is so important to remember that all of us must always support those who are fighting for their freedoms - cause they are not just fighting for their own group - they are ensuring that all of
us will continue to be free.

Marting Luther King day 2017.
so many years have passed - but the dream lives on. 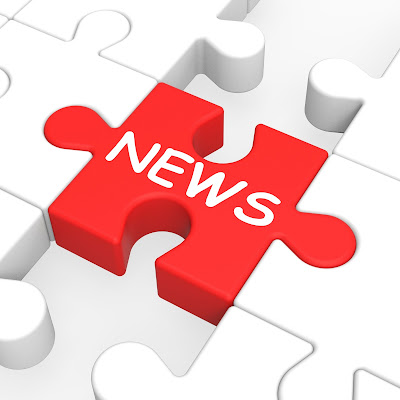 What is real and what is fake? That is the question in our modern world where we are surrounded by so much information and it's simply impossible to know what is real and what is not.
The old, reliable and most respectable news sources in the United States all had polls show that Hillary Clinton winning while online websites that were being trashed for months as showing fake news had polls showing Donald Trump winning.
In hindsight who was real and who was fake? Did the old and reliable news sources show real polls or did they manipulate them in some way or other to try to influence the outcome of the election?


In the past, editors would choose what would make the front page of the newspaper and become the national discussion of the day and op eds by famous thinkers in the important newspapers would be one of the most important way to influence the discussion.

But perhaps the problem isn't with any newspapers. Perhaps newspapers have always mixed real and fake news to try to influence their readers rather than just report the news.

Perhaps the discussion of fake news is simply the last hurrah of a dying elephant called mainstream news.

The online world has democratized news. Even I that loves news, find myself learning more about the world outside my own not by any major news source these days but mostly from Facebook and by interesting articles my friends post.
Since all the large mainstream media have been caught bluntly lying so many times in recent years - I find myself trusting the random commentary of my friends on facebook much more than I trust any op ed anywhere.

Humans like all animals have a strong instinct to be free - and all humans, at the end of the day, want to feel they are above anything else free thinkers.

Humans need to feel their information is real and that they as free thinkers are making up the decisions about their own opinions in a free way after weighting both sides.

But in a world where both the left and the right wing mainstream media are constantly caught lying - it seems - it will be the people's court on Facebook and other social media that will become even more important in the future than now - as the place where people will not only learn about the news but also make up their mind about it.

And as always, corporate America is feeling the beat of the people as fast as it changes and moving it's ad dollars from the dying corporate media that is becoming less and less relevant to us to the social networks - trying to figure out how to influence us also there.
Cause unlike the news about politics that takes years from any decision that is made to each and every one of us actually feeling it -
Corporations at the end of the day - want our money now. They want us to buy their soda, jeans, sneakers, health, happiness, car or lifestyle.
So they need to figure out what's real for us - so they can persuade us in that reality we trust as real that we need their products to make our life better.

I think people in our 21st century - have evolved beyond fake or real news - perhaps it is all entertainment and it is all just a backdrop for selling us something.

Perhaps that is the biggest change of people 2.0 - that for kids growing up with cell phones - they understand everything is a market - and everyone's just trying to sell you an app - politicians,  non profits, journalists, your friends showing their latest pictures from their awesome party or vacations, soda companies - it's all the same.  It's a sellers world. It's all just as real as it is fake.