While most people know Sacha Baron Cohen for his comedy, where it seems there are no boundaries that he is not willing to smash right through, there is more to the English actor than that. Cohen has been acting for 25 years now, and it isn't only comedies in his filmography. He has some critically acclaimed dramatic roles as well.
Of course, most of his work has been in comedic roles, including the productions that have him taking on roles where he changes his looks to fool people into revealing true things about themselves. With 41 credits to his name in TV and movie roles, here are the ten best.

The Dictator was considered a letdown following Sacha Baron Cohen's critically acclaimed Borat, but it was at least considered an improvement from his panned Bruno. The first two movies saw Cohen disguise himself to try to fool people into either revealing their hidden truths or just to make them look like fools. This time, they went for a more standard narrative
Larry Charles, who directed all three, had Cohen star as Admiral General Aladeen, the dictator of a fictional country who is visiting the United States. While audiences gave the film as a "C" cinema score, more liked it than not according to IMDb ratings.

The film least known on this list is the autobiographical film, Out for Love, Be Back Shortly. The movie was made by Dan Katzir, who tells the story of his generation's struggle to find love as well as privacy in a reality that includes hatred and terror.
Released in 1997 in Israel, Sacha Baron Cohen stars as Katzir tells his story of finding love with Iris, a girl about to start her military service. The film is also known for its rare scenes of the assassination of Prime Minister Yitzchak Rabin. It won 13 awards across the world.

There are three different Madagascar movies on the list of the 10 best films of Sacha Baron Cohen's career, based on IMDb ratings. The lesser of the three is the second movie in the series. For those who do not know, Cohen voiced King Julien in the franchise.
In this movie, Alex ends up back in Africa with all his zoo friends and finds his family and their lives as rulers of the African animal kingdom. This is also the movie that gives Cohen's King Julian his most prominent role as he tries to regain the rule over his own kingdom of creatures.

In 2006, Sacha Baron Cohen broke out. Known before this for his role on the TV series Ali G Indahouse, Cohen got his first big Hollywood live-action role in the Will Ferrell movie Talladega Nights: The Ballad of Ricky Bobby. The film was a spoof of auto racing, with Ferrell starring as Ricky Bobby.
Sacha Baron Cohen was the antagonist and rival to Ricky Bobby, the arrogant French Formula One driver Juan Girard. When he outperforms Bobby and becomes the latest big thing, it is up to Bobby to regain his mojo and prove he still is the best.

The third movie in the Madagascar series follows the animals from the New York City zoo, back together again as they end up in Europe and find new friends and hijinks as they fight to get back home.
This film sees the New York zoo animals ending up joining a European circus as they try to find out a way to get back to the United States. However, they are on the run from a crazed animal control officer. The series then ended with the animals finally realizing their home was not behind bars after all.

The movie that started it all in the Madagascar series introduces the world to the colorful cast of characters, focusing on the zebra Marty, lion Alex, and giraffe Melman. However, while those are the lead characters, the best comes from the side characters that steal all the scenes they are in.
This, of course, includes the Penguins and King Julian. This is the film where Julian, a king in Madagascar, leads an attack on them before ending up reluctantly helping these zoo animals try to get back home. Madagascar was Cohen's first major U.S. film.

The movie that made Sacha Baron Cohen a household name was his 2006 film Borat: Cultural Learnings of America for Make Benefit Glorious Nation of Kazakhstan. This played similar to his Ali G TV role as he dressed up as Borat Sagdiyev and set out to discover America.
Since Cohen was an unknown face to most of America at the time, he was able to trick many people with his gimmick and shot scenes across America, where he asked them to explain American culture to him. A few people sued him for how the film made them look, but it won Cohen a Golden Globes Award.

In 2008, Sacha Baron Cohen signed on to play a role in Tim Burton's big-screen adaptation of the Tony Award-winning stageplay, Sweeney Todd: The Demon Barber of Fleet Street. The musical starred Johnny Depp as the murderous barber and Helena Bonham Carter as his partner, Mrs. Lovett.
Cohen starred in the movie as Adolfo Pirelli, one of the antagonists in the film. He was the Italian barber who Sweeney Todd humiliated, and he was also one of the first victims of the Demon Barber of Fleet Street.

It should come as no surprise that one of Sacha Baron Cohen's best movies according to IMDb rankings is one directed by Martin Scorsese. The film was the 2011 release Hugo. The film told the story of a boy who lives alone in a railway station in Paris in the 1930s.
The film was a monster success, with 11 Oscar nominations and three Golden Globe nominations. However, it was a flop at the box office, despite its high IMDb rating. Cohen stars as Inspector Gustave Dasté, the law enforcement officer who is always a threat to send Hugo to an orphanage.

There have been several versions of Les Miserables, with the one in 2012 featuring Sacha Baron Cohen in the cast. Directed by Tom Hooper, Hugh Jackman and Russell Crowe lead the way in this version of the historical musical about a man hunted for years by a ruthless policeman.
Sacha Baron Cohen and Helena Bonham Carter starred as the Thenardiers, the innkeepers who act as secondary antagonists in the story, blackmailing and abusive figures who make sure that Jean Valjean's life never goes the way he dreams.
- February 18, 2020 No comments: Links to this post

THIS GESTURE WILL CHANGE THE MIDDLE EAST FOREVER!


Gesture according to Webster dictionary is "something said or done by way of formality or courtesy, as a symbol or token, or for its effect on the attitudes of others"
This Gesture by Saudi Clerics I believe is one of the most important gestures in the middle east in the last 75 years between Israel and its neighbors.
Winds of change are truly blowing throughout the Middle East. Remember this moment in time as gestures like this one that get a small headline - sometimes lead to ground breaking historic changes.
Here's the link to the article and the article itself: 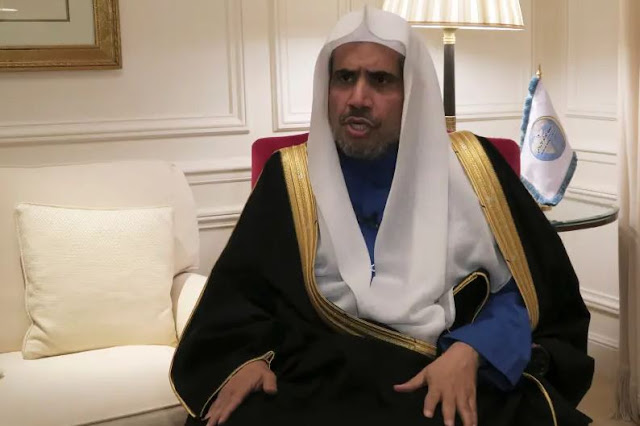 
A senior Saudi religious leader was slated to make a historic visit to the Auschwitz death camp in Poland on Thursday, ahead of the 75th anniversary of its liberation by the Soviet Red Army.
Mohammed al-Issa, head of the Mecca-based Muslim World League, was set to head a delegation of Muslim religious leaders from more than 24 countries on the visit. The Arab clerics were to be accompanied by a delegation of American Jewish Committee officials.
AJC CEO David Harris said the trip represented "the most senior delegation of Muslim religious leaders to visit Auschwitz ever."
ACJ spokesman Kenneth Bandler said that Issa, the other Muslim clerics and the AJC officials will tour the Museum of the History of Polish Jews in Warsaw on Friday as well as visit the Nozyk Synagogue in the Polish capital and a local mosque. They will also share an interfaith Shabbat meal, he said.
A former Saudi justice minister, in 2018, Issa visited the US Holocaust Memorial Museum in Washington, DC. In a  subsequent opinion piece that he wrote in The Washington Post, the Saudi cleric said, "I urge all Muslims to learn the history of the Holocaust, to visit memorials and museums of this horrific event and to teach its lesson to their children."
- January 24, 2020 No comments: Links to this post 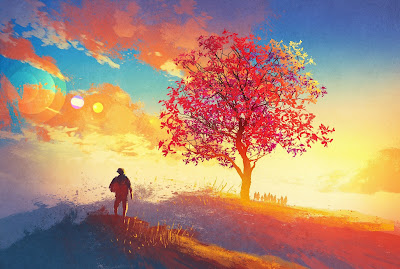 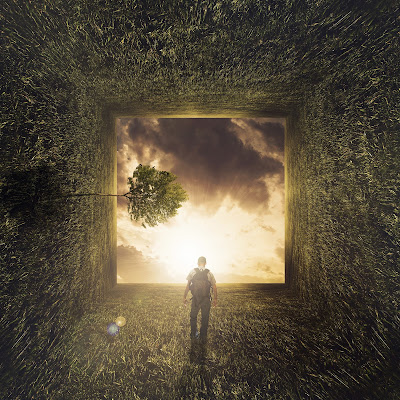