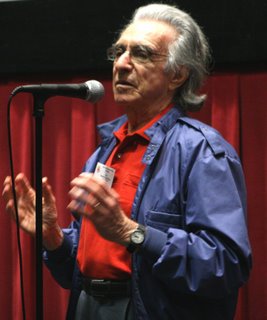 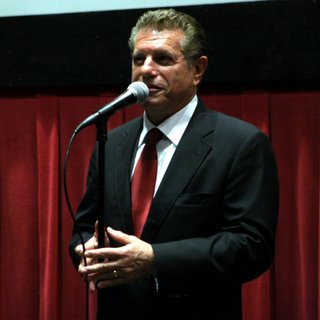 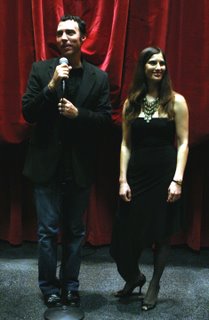 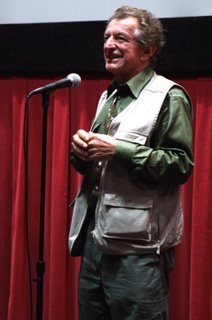 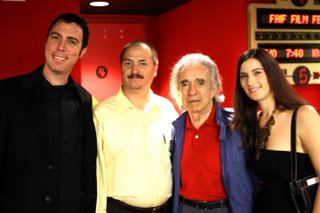 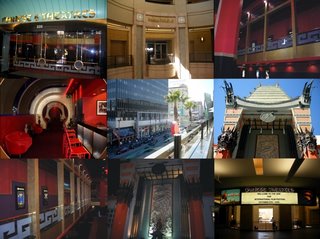 The Official Premiere of our Yiddish Film took place at the Mann Chinese #4 on Sunday, October 8th at 2:00 Pm and afterwards there was a wonderful reception with desserts at Trastavere restaurant sponsored by Wells Fargo.

It was a wonderful event.
We had three people open for us.
Director Arthur Hiller. One of Hollywoods greatest directors, whose film career included some of Hollywoods finest films and TV including the Munsters, Love Story, Out of Towners, Man in the Glass Booth and many more.
He was also president of the Academy Awards and head of the DGA.
Moreover, for anyone who's seen Robert Evans film : "The kids stays in the picture" , you've probably seen that Arthur is the man who saved a studio from going under thanks to his film Love Story.
We had the good fortune that Arthur agreed to come say a few words.
Afterwards, Legandary Israeli actor Mike Burstein who also was a huge success on Broadway, in shows like Barnum, (inwhich he played the lead- Barnum)
said some words.
Finally, Holocaust survivor and today Real Estate Mogul Jona Goldrich said words.

So we had three very different but very distinguished guest open for us and kick of the film's first screening in our hometown.

It seems that it's going to be an uphill battle with this film. But people were moved and that gave me the gas to run my engine.
- October 10, 2006