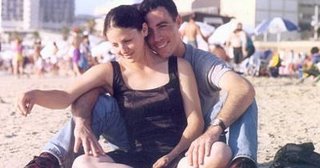 From time to time, like all artists in the modern world, I check to see if my work is being shown anywhere, in places I was not aware at first about. Thanks to Google, it's so much easier than ever before.
I discovered that three weeks ago my film OUT FOR LOVE...BE BACK SHORTLY, was screened in East Lansing Michigan as part of an International Film Festival there :

I don't remember sending them a preview copy. I don't remember them ever contacting me telling me I got accepted to their festival. Kind of wierd. Maybe I should have contacted them and checked how this whole thing came about. The good. More people are seeing the film. The bad: They have forgotten to inform me, the artist. Not good that they think they can show the film, without contacting me. The legal owner of the film. Never mind. This is not for my blog.


The other films in that festival are relatively new films. So it's very cool that my film, is lasting the test of time and is just as relavent as ever.

They say art is tested only after 500 years.