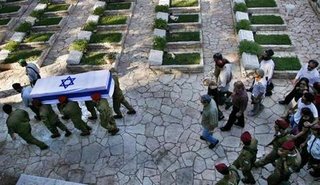 The war in Lebanon is over.
Another horrible 30 days that reminded everyone that life in the middle east is hard.
Like everyone in Israel I was glued to the internet trying to learn every detail possible, hoping it will make some sense, but it didn't.
The worse war ever.
We were humiliated
We were in total chaos.
There was a strong feeling that we could not trust the leaders in this war.
More death and destruction to both sides.

Sadly I discovered that even in the web, Israel was defeated. In Mytube.com lots of sad films and film clips about the destruction to Lebanon and it's people.
Nothing equivalent to Israel.

Where has our brains gone?
What has happened to us.
At the same time- The president of Israel has legal problems due to harrasement.
Two leading ministers have legal problems - one of corruption one of harrasement.
And the chief of staff was selling his stocks when the war broke out.
A feeling we the people were abandoned.

Feeling more alone than ever.
Especially here in the US.
I feel I am different, as I can't just focus on partying, and fashion.
At the same time, I feel so sad from what's happening in Israel that I'm detaching from it all.
I still have so many wounds from my own army service. So many open scars. So much feeling of anger . So many years have passed, and still it all feels the same.

More people dying for no reason.
One of the saddest things was that the son of Grossman one of our national authors died in the two days before the cease fire took effect. Grossman wrote a few days earlier in the press that the cease fire should start as the bloodshed is pointless. Everyone read his article. Everyone also read about the death of his son.
How horrible it must be for him.
How much pain, for so many families.

Good morning to everyone out there.