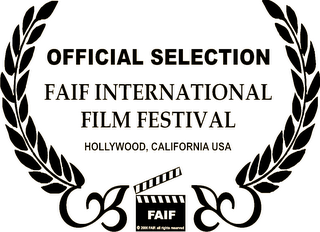 One of the hardest things in art, is that most of the time you're by yourself, trying to find a path into your own soul, hoping that as you dig deeper and deeper inside you'll find some meaning that will also have some meaning for other people.

Most of the time, like gold diggers and oil diggers, you find nothing. Mostly rock and sand. But from time to time you do find something that has some relevance.
It's not always gold or oil. But it could be something worthwile.

Unlike other professions, it's a life of a lot of frustration, as most of the time you have to deal with constant rejection.
Perhaps the hardest thing is that when you come back from the dig, you have no clue if what you had found is gold or rock. Only after time, and trying to sell it to people accustomed to dealing with artists and reminding them that they are nothing and will never be any thing else do you slowly realize where you truly stand.

The Yiddish film was a labour of love. One I put more energy and time than I thought I would. Much to my amazement, the reaction to it was colder than I expected.
I still love the film and stand behind it.
But it's sad to realize that the subject matter I thought was gold- is actually treated as a rock, by most of the world.

The most shocking thing to me was that New Yorkers , Jews, hate a film about the woman who had kept Yiddish Theater alive for so many years.

Luckily from time to time there is good news,that helps not go totally crazy.
We were just selected to the FAIF film Festival in Hollywood and will have a screening of the film at the Mann Chinese theaters in Hollywood.

So this unpopular film slowly is finding some fans.

Have a wonderful day